GEO-Instruments engineers have begun winding down a successful two-year monitoring project at a flood mitigation scheme in West Yorkshire.

Multiple Hydrostatic Levelling Cell (HLC) systems and a Tiltmeter network were installed on key buildings next to the flood-prone River Calder in Mytholmroyd. VBA, a joint venture between VolkerStevin, Boskalis Westminster and Atkins, are working in partnership with the Environment Agency and Calderdale Council on the major flood defence scheme in the village.

With a budget of over £41 million the scheme aims to reduce the risk of flooding by raising new and strengthening existing flood walls, widening the river channel in key locations and demolishing Caldene Bridge and constructing a new 13m wider bridge upstream. In February 2020, Storm Ciara caused further flooding disrupting homes, businesses and on-going works.

As part of the works to widen the river, the existing walls and large amounts of earth needed to be removed, meaning there was a significant risk of settlement in the surrounding ground. As a result, some buildings close to the channel had to be monitored for possible movement.

The engineers installed three separate systems, two on end-terrace houses next to the channel and one on St. Michael's Church nearby. Each HLC system was comprised of several measurement cells and one reference cell installed away from predicted settlement.

Built in 1847, the church is important to the local community and a key landmark in the village. It sustained extensive interior damage during the floods in 2015 and to a lesser extent in 2020.

First installed in April 2018, the HLCs have recorded high-resolution settlement data automatically for the duration of the project with minimal need for maintenance.

The systems suffered some damage during flooding after Storm Ciara in February 2020. Engineers attended site shortly after and repaired the systems, also taking the opportunity to change the configuration slightly as required by the project’s evolving needs.

In November, engineers returned to begin decommissioning the systems, starting with the Instrumentation installed on St. Michael's Church. The HLCs and Tiltmeters had to be removed carefully and great care was taken to fill in the remaining holes drilled into the mortar with a mix that accurately matched the original. The remaining systems are due to be decommissioned in the first half of 2021, depending on the needs of the project. 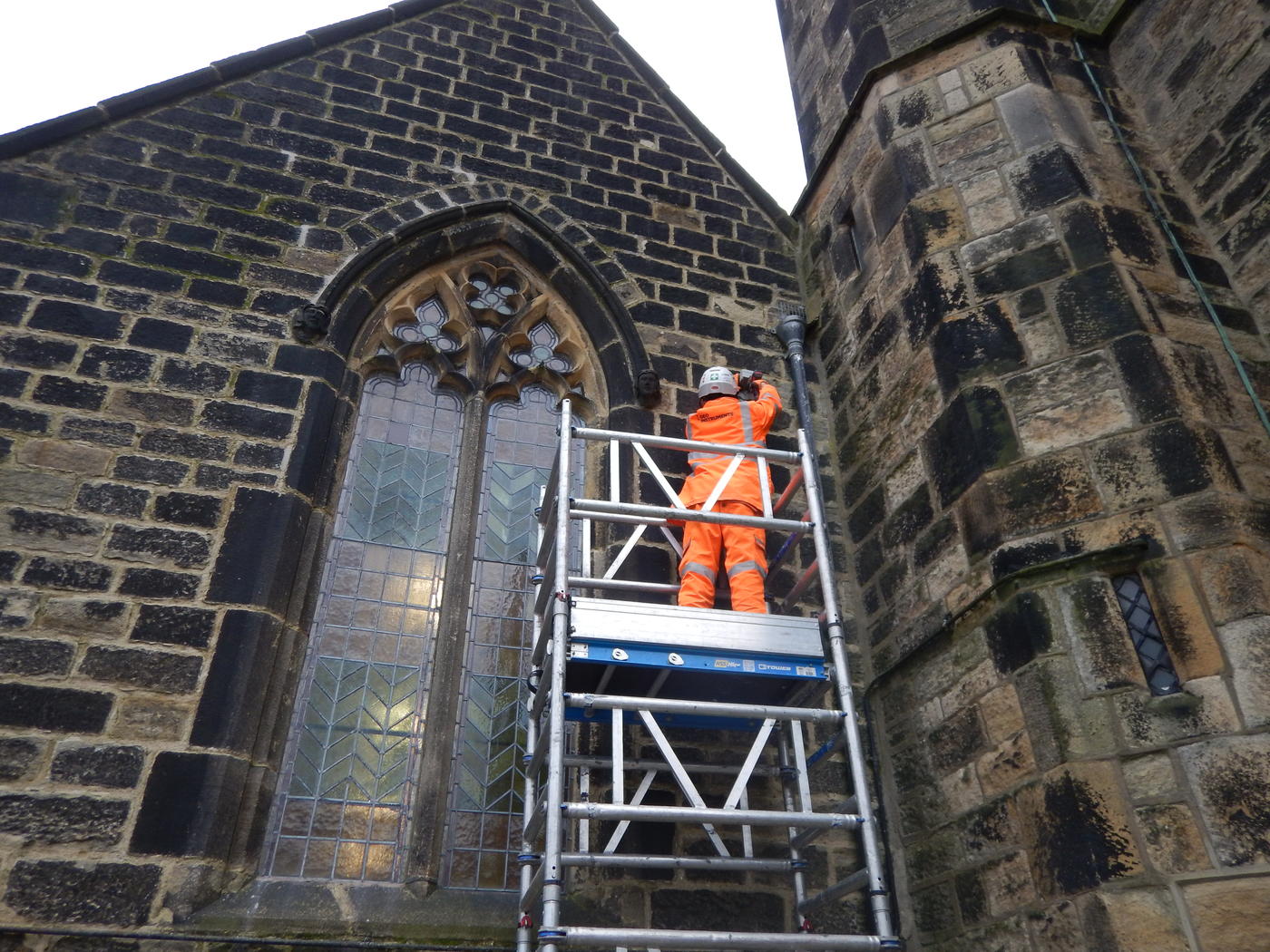 A GEO-Instruments engineer decommissioning a tiltmeter installed at height 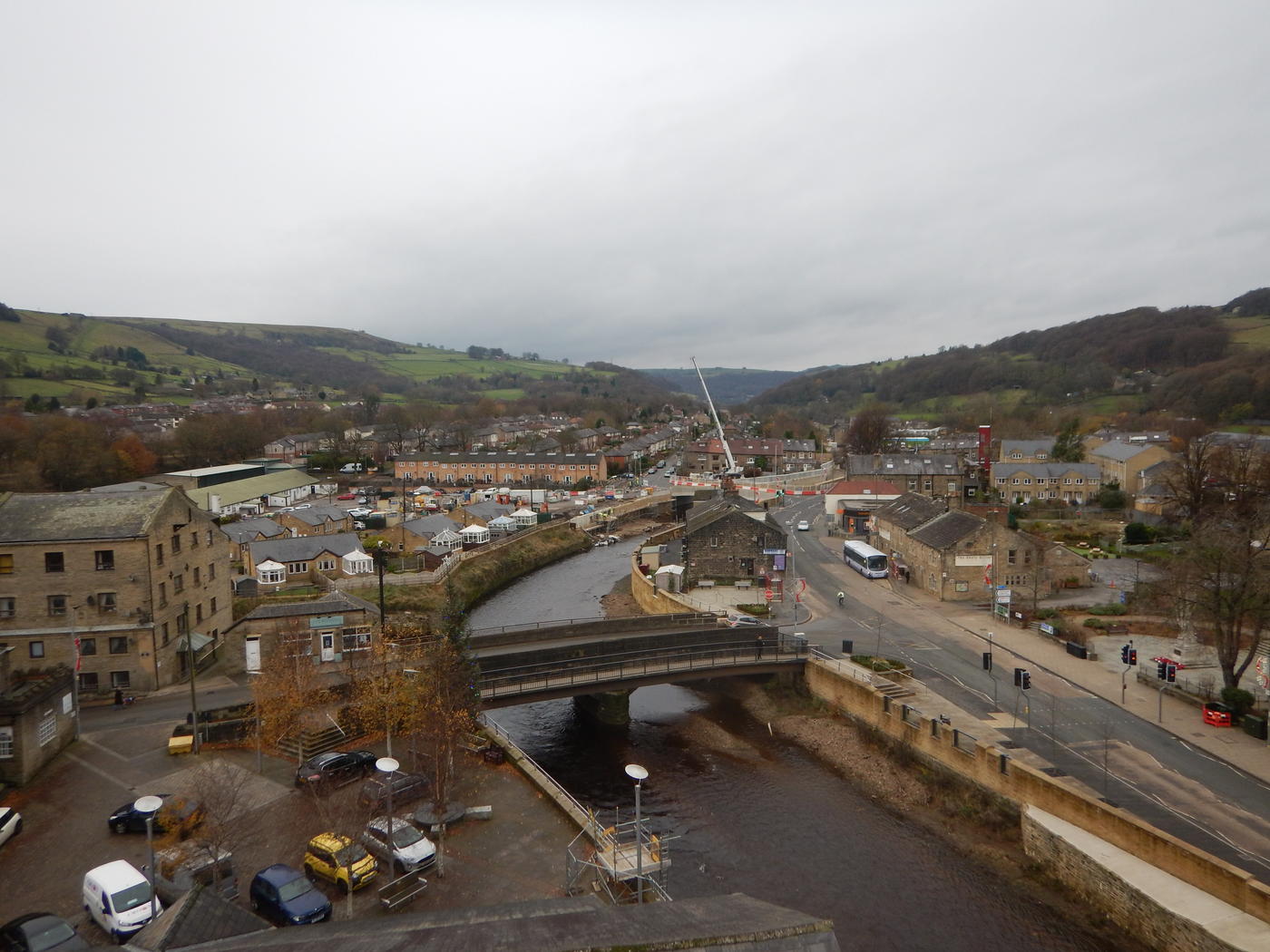