As part of a major Highways project in Berkshire GEO-Instruments were contracted to monitor pore pressure in the ground leading to a new road bridge. 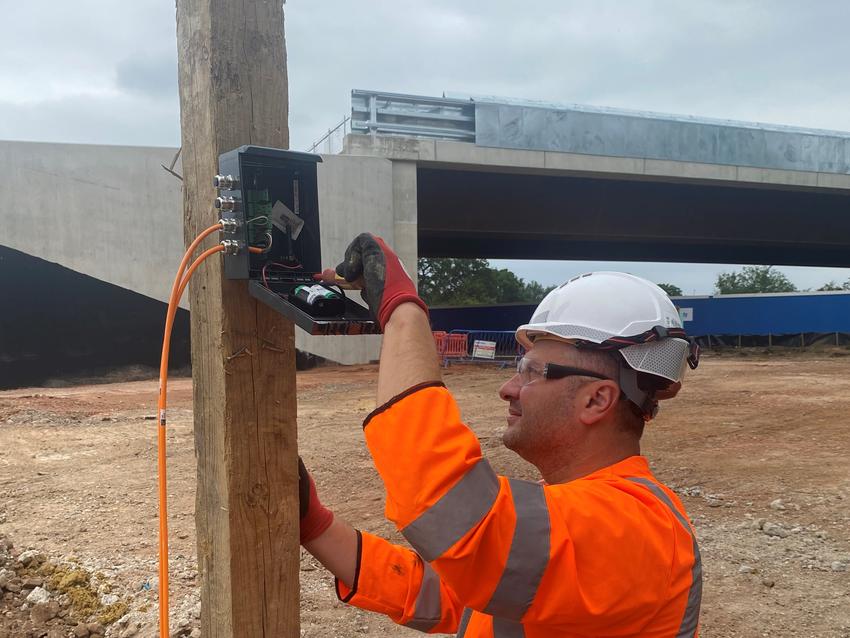 GEO-Instruments Engineer installing the logger for a Piezometer array

As part of Wokingham Major Highways improvement programme, R. Collard and Balfour Beatty are building the new bridge near the village of Winnersh.

The new road will pass over the Reading to Waterloo railway and aims to improve traffic flow and alleviate congestion in the area.

The construction of the North Wokingham Distribution Road is just one of five schemes comprising Wokingham Borough Council’s new highways improvement programme that all together account for 124 million pounds of investment.

With the abutments in place and the bridge now partially complete, the next stage of construction requires detailed monitoring of the soil conditions either side of the bridge. Specifically the pore pressure in the soil.

Pore pressure is the pressure of groundwater held in the soil in the small spaces between particles. Ground water pressure has an important effect on the properties of soil. A large rise in pore-water pressure significantly reduces the shear strength of the soil, compromising its stability.

GEO-Instruments have installed two arrays of Piezometers. The installation has been a great collaborative effort between GEO-Instruments engineers, R. Collard and Balfour Beatty. The instrumentation and cabling were installed in pre-dug trenches under the future path of the road.

The four piezometers were arranged in pairs, with each pair linked to one logger. The data is collected at these loggers and sent to GEO-Instruments’ server for display on the QuickView visualisation platform.

GEO-Instruments also supplied ten manually read settlement plates for the project. These are to be read regularly by site operatives to track vertical movement within the ground.